Day Trips And Excursions from Marrakech

If your holiday time not allow to you to do long trek do not miss the chance to visit the following places: Imlil & Ourika Valley, Tin Mal Mosque, Ouzoud Waterfalls Day tours , Best trails to walk. Our walking tours have been selected and designed to appeal to all levels of fitness

Day Trips and Excursions From Marrakech: If your holiday time not allow to you to do long trek do not miss the chance to visit the following places: Imlil & Ourika Valley, Tin Mal Mosque, Ouzoud Waterfalls Day tours , Best trails to walk. Our walking tours have been selected and designed to appeal to all levels of fitness.

Morning departure from Marrakech in a small-group tour to Imlil valley, which is approximately 65km south of Marrakech and it can be reached by road through the foothills of the High Atlas Mountains. Imlil valley is the end of the tarmac road and is a natural place to get mountain guide for the onward trek. It is a good starting point for a trekking holiday or for climbing Toubkal, the highest mountain in north Africa at 4167 metres high

Escape the busy city and discover rural Morocco on this 3.5-hour Ourika Valley day trip from Marrakech. Leave bustling Marrakech behind and set off a day trip to the Ourika Valley, a lush oasis of vegetation beneath the magnificent Atlas Mountains. Explore the Oued Ourika gorge with your guide and discover an entirely different pace of life, enjoying a cup of mint tea in a traditional Berber house. This tour is ideal for travellers short on time, eager to experience rural life outside Marrakech.

Nestled in the High Atlas Mountains, just a 150 km away from Marrakech, the Cascades d’Ouzoud is one of the most remarkable of the natural wonders to be found in the Atlas mountains. These 110-meter waterfalls, the highest in North Africa, are inspiring in their majesty. This day trip departing from Marrakech will allow you to explore the paths to the bottom of the falls take you through the groves of olive trees and offer many fine views of the falls and their surroundings. Follow other paths to the top of the falls where you can see many grain mills (from which the falls get their name), as well as an astonishing view looking down on the cascades

Dating back to the 12th Century, the Ksour of Ait Benhaddou is one of Morocco’s most iconic monuments. This UNESCO World Heritage site, situated close to the desert frontier town of Ouarzazate, is a fortified village (known locally as a Ksour) and is made up of a collection of well-preserved Kasbahs – or fortified houses. The view from the western approach across the River Ounila is breathtaking with nothing quite preparing the visitor for it, set against a backdrop of the High Atlas Mountains. This site is one of Morocco’s must-see places and no journey around the south of Morocco would be complete without a couple of hours set aside to wander the winding paths of the village, topped off with a princely 360° view of the big skies and open deserts of the south, from the ancient granary set atop the hill behind the

A day trip to Essaouira from Marrakech is by far the most appreciated day tour by our clients: Many of them discover that hidden gem for the first time and decide right away they will come back for sure to a short break in the peaceful and artsy and hippy town of Essaouira.Out of experience, Exploring Essaouira is easy on your own: Locals are very friendly, the Medina is pretty small (compared to other old towns in Morocco), and its streets are in order. You definitely do not need a guide for the tour of the city. Should you insist on one, your driver will help you hire a local guide for the tour of the city. 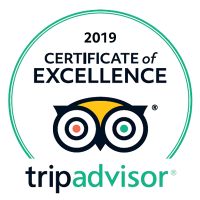